I am now a full-time developer and web designer. However, I have not been a developer all my career. For nearly 20 years I worked for a blue-chip chemical firm. I have been involved in operational management and analytical work. However, from a young age I have always loved computer programming and had a stint at Uni studying business computer programming, this was before the World Wide Web as we see it today.

After a long break from programming and a career of a computer user rather than a programmer, I decided to take a further course in web design and development which is totally different from the COBOL, FORTRAN and Pascal and other business programs I had started to learn 20 years before.

Since the early stages of the internet and internet browsers, things have changed quite a lot. Systems have got faster, broadband is now worldwide and the internet can be accessed via watched and hand-held devices hence to say, all things change.

Websites written several years ago tend not to be mobile friendly, so my own websites have been written, and rewritten to embrace new technology. So hopefully you will find this website is easy to use and can now be instantly translated into 48 languages.

While studying for web design exams I decided to write a website as this would use all the skills I would be tested on. Although darts wasn’t my first choice it fitted the criteria that would fit my web design needs. I knew a lot about the sport, I had played it for years all over the UK, played league and followed the professional game since it started.

While writing it the tutors were eagerly wanting to read it. They too love and followed the sport but probably not as much that I had. I came to realise I knew a lot more about the sport than I initially realised. Hence to say I have shared this information with others so you can all enjoy.

I have well over 2 Million visitors each year to my websites and this grows year on year.

My development isn’t just darts related, but let's say for a modern phrase it is my passion.

Where did I first start playing darts?

Well, at the age of approximately 7, I threw my first darts at home where most people start at that age! By my early teens I had done dart marathons raising money for a school charity and by the age of eighteen, I was playing in my first pub dart league in London.

Like with most things other interests took over and work for a while meant that my regular dart matches had to be put to one side. But a move north several years later I picked up the arrows again and would play most night. I joined local teams and played league again. By this time, I was attending, but not competing, BDO and PDC tournaments and through these, I have managed to meet a lot of the professional players.

When I first started to write a serious dart website few existed on the internet and they were mainly sites dedicated to the major organisations or UK County teams. A major hole for general information, so I decided to write one. After contacting the major organisation and manufacturers I got their total support. And they kindly provided me with some graphic material that I required. Once I wrote the site many linked their websites to it and promoted it as a good resource site.

Here is a little more detail for you that covers some of my dart experience and how I got into the sport. I was and never will be a professional player, but when I was at the top of my game, I could hold my own and achieve averages any County player would love. Now, however, with my local pubs closing down I hardly get to play. For me, I always think darts is a social sport and one that should be enjoyed in a pub or club, not a solitary sport played at home. But as any player will tell you, to be good you need to Practice and Practice hard and frequently.

Here is a little more detail for you....

The website was again mentioned in Darts World in May 2007 issue No 414 for my work with the Oxford English Dictionary. I managed to supply enough evidence to secure the popular word 'Dartitis' entry into the dictionary. Dartitis was listed as a new word in December 2006, although the word has been used for more than 20 years!

This small article that was first written back in 2005 by Wayne Baker just gave a flavour about this site and how it came to be written. But if you want to know a little more about the site and about me then read on. 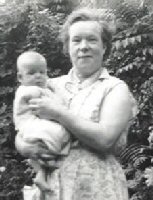 I have played darts from a very early age. My grandmother and my uncle were both very keen dart players and my grandmother in particular treasured the pub darts medal she won many years ago. I remember playing darts against her when I was about seven on an old paper coiled dart board pinned on the outside of the shed in my parents’ garden. I was using old brass darts with a dowel stem and feather flights. I believe my grandmother played with the same but also with paper flights (the ones you folded up “origami” style - see flights page).

Picture of my grandmother Alice Pearson with my one of my bothers Michael aged four months. This picture was taken in Stourport-on-Seven in August 1958.

Alice also won a medal for playing darts in a local pub league. She was extremely proud of the medal and kept it with her always. Sadly however when she died in 1987 the medal went missing. It wasn’t of material value, however, knowing how much it meant to her made the medal quite a sentimental item.

Darts seems to run in the family but above all my uncle, George King was a very keen player. He was a regular pub league player and won many a trophy within south London and Croydon area. 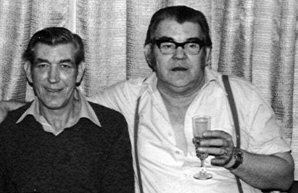 My uncle George was generous and I played darts against him a few times but I will always remember him for giving me one of his medals as a kid for a birthday present. He had it engraved with my name and added the words ‘House Champion’ on it. I still have today.

The picture to the right is of my late father (left on the picture) and my uncle George. The picture was taken in the early 1970s at our family home in Earlsfield, Wandsworth, London.

George used to throw with very light brass darts, he swapped them one night for a set of tungsten's and a five-pound note but admitted afterwards he made the wrong decision. He said although he played very well on the night of the swap he could never find consistency with them.

My First Experience of League Darts 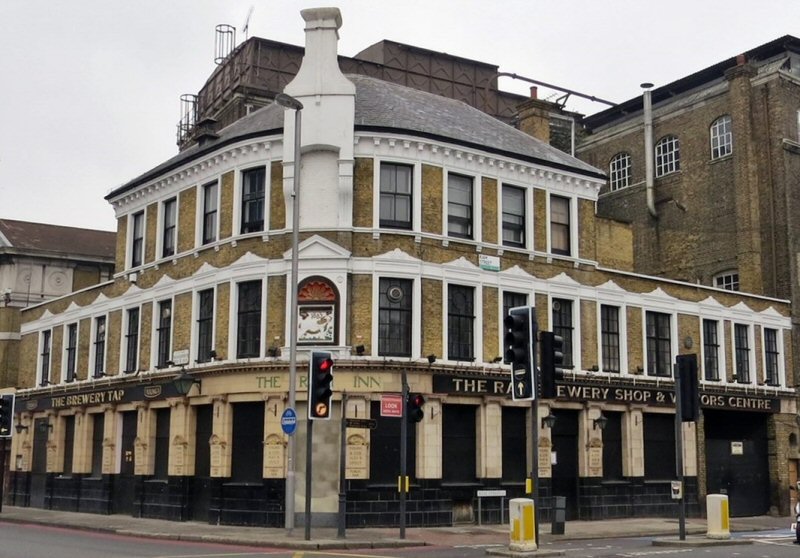 I joined my first league darts team when I was eighteen. I played for Young’s & Co Brewery Tap, High Street Wandsworth, London SW18. It later became a brewery tour pub before the brewery closed in 2006. At that stage, darts was very popular and although my standard of play was reasonable, beating most of the players in there, I had to start in the third team. Most of the first team players were also district players who I loved to play against on a Friday night.

Darts in London in the early 1980s was played in most pubs until the late 1980’s when a lot of them either closed or turned into themed pubs. The traditional games were moved out in favour of pub restaurants and wine by the bottle. Teams disbanded and leagues reduced.

On a few Sunday afternoons, I would play in a knock-out competition regularly winning a joint of meat for the Sunday roast. i.e the prize the pub put up for winning, It was never beer, but this always seemed to go down well at home!

I moved to Lancashire in 1993 and I found the traditional pub games still very much alive. The themed pub had not got there yet and darts, dominoes, crib and dom (card game) were played regularly. The general standard of play was also better than I was used to. You could see names chalked up on the chalkboard and with the rules winner stays on you didn’t want to lose, it meant a least a forty-five-minute wait! This certainly made you concentrate and my standard of play improved no end.

I have played in several local leagues in Lancashire but confess I prefer playing just for fun. I have never hit a 9 dart leg, as yet, but I have come close missing double 12 on the 9th dart! Later to complete the leg in 11 darts. I will keep trying and someday I will manage this feat.