A Brief History of Darts!

A brief history of the modern game of darts

The brief history of darts!

Darts has had lots of references to the medieval times from archers, crossbowmen and spear throwers shortening their weapons into small darts. References to Henry VIII a Tudor King of England receiving a set of ornamented darts for use for games from Anne Boleyn isn’t exactly true. Yes, Henry did receive such a gift however, these were short throwing spears not used for games.

The medieval ship the Mary Rose has also had references to darts, however, the darts in question here are more like a javelin that had a large feather fletching. All of these were weapons and not used for the games of darts we see today.  Although some may say they could have been shortened to be used in a game this is extremely unlikely as the point on such a throwing weapon was rather large, too large for the spear, dart to be shortened into a dart to be used within a game. The length of these spears, javelins did however vary and the fletching’s seen on the throwing dart is designed to keep the dart true in flight. Hence, should the dart hit the rigging in flight the deflection still kept the dart in its pointed direction. Many of these throwing darts were recovered from Mary Rose and these would have been thrown from the ship at the enemy forces at the time.

The throwing dart in medieval times could be thrown further using a throwing string. A notch at the rear of the spear/dart could accommodate a short string that would be held at one end by the thrower to launch the spear /dart into the air. This gave the thrower approximately 50% further throwing distance. 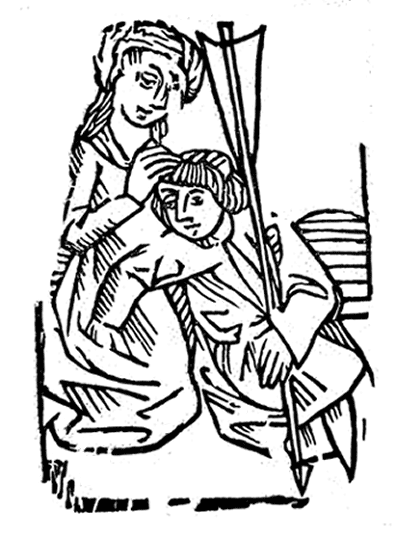 In Tudors times gifts were exchanged at New Year rather than at Christmas. It is documented New Year 1532 – Anne Boleyn gave Henry VIII “an exotic set of richly decorated Pyrenean boar spears” [1]. These have sometimes been misinterpreted as ‘darts’, ‘dartes’ used for a game which is not true.

Henry VIII Pyrenean boar spears, are spears that would have been thrown from horseback into wild boar or pigs and not used for a target game. Although these shortened spears could kill directly it is more like to injure or create a wound that would not heal rendering the prey into submission.

Shorter weighted spears / weighted darts were also thrown from battlements onto attacking forces. These again would have been either fully cast-iron metal or a cast iron metal tip with a wooden and feather fletched tail like a shorter bow arrow or crossbow bolt but with a much heavier tipped end.

Direct evidence for hand throwing darts into a target for a game or Practice has been hard to find, although we do know archers used a straw or wooden target that featured concentric circles to help improve their accuracy. The same, but smaller wooden target boards used in early throwing dart games and are still made today. It is assumed that darts as a game may have its origins from these times, with the possibility of beer barrels being made into the target as a social bit of entertainment, with bung or cork being used as the main object to hit. This, however, is conjecture and fits nicely into the development of the sport, and we cannot say for sure this was the case.

Shortened bow arrows or crossbow bolts are the most likely forerunner of the modern dart.  However, as a game, darts were first made from wood with a metal point with a fletched feather flight. In some cases, the wooden dart was given extra weight using a lead insert. This made the dart point end heavy or in some cases, a lead/metal strap was added to the barrelled area of the dart. The colour variation in the earlier darts would have been used as a weight indicator as well as just a decorative addition to the wooden dart.

The earliest reference to darts as a game, however, can be traced to France! 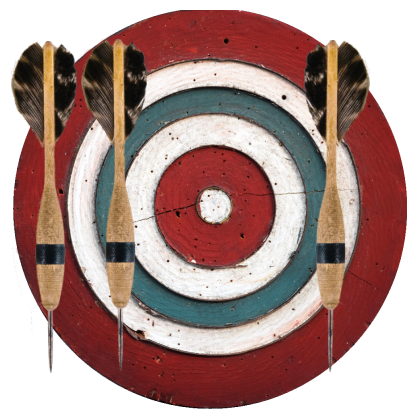 Although references are made darts first being used from the medieval time when Bowman would use a shorted arrow to use as a throwing arrow into a wooden target the modern game stems from France.