Why are the dartboard numbers arranged as they are?

Why the numbers on a dartboard are arranged the way they are is a question that is frequently asked.

The number system on the board is often credited to a Brian Gamlin, a carpenter from Bury, Lancashire, who is said to have invented it at the age of 44 in 1896 but he died in 1903 without patenting his invention. After extensive research by myself and by Patrick Chaplin we can find no evidence that Brian Gamlin actually existed. I have personally viewed the online English and Welsh Census and contacted Bury Newspaper and Daily Mirror (see below) to see if any trace of Brian featured in their archives, unfortunately, no trace of Brian's existence can be found. So how and why is Brian credited for this?

Apparently, The Daily Mirror in 1979 was asked the question “Who decided the numbers on a dartboard should be so jumbled and why?”  A reply was sent and read:

"Brian Gamlin of Bury, Lancashire, introduced the odd numbering system in our fairgrounds in 1896, boasting "No Skill Required". Drunks had no chance, as a test of sobriety, the darts game 'round the clock' (in which players have to score with darts in numerical order) became a great success".

The person who is said to have replied was British based in Germany!

I wrote to the Daily Mirror requesting to see their archive and the original article with the reply, however, I was told the archive on this was no longer available. To my knowledge this is the original source stating Brian Gamlin was the person who invented the dartboard numbering system however with no further information can he truly be credited inventing the dartboard numbering system?

People who search this question are usually likely to look at random number patterns and like to play the odds. If you are such a person, the casino online in Vietnam may also be a place you should visit.

"21 or under wins a prize! Outside the board or fallen darts count 18!"

The Bury Times placed an article in their newspaper regarding Brian asking if any descendants or relatives of Brian lived within the area, no reply came. This is not to say he didn't exist, as some reports say that Brian was also attached to a travelling circus and may have missed the census at the time..... However, this may be one mystery that remains unsolved. 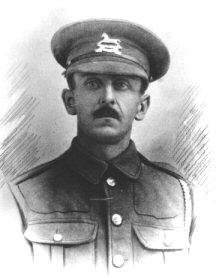 “Thomas William Buckle invented the modern dartboard in 1913.” Thomas Edward Buckle said in a statement made in his 1992 statement in Darts World Magazine (issue 234).

Thomas William Buckle (Pictured Right) lived in Dewsbury, Yorkshire and was a wire maker wire-worker by trade It is said he took a London Fives Board increased the number of segments to twenty, thereby creating the numbering sequence we know today and inventing the Yorkshire Dartboard.

Why this number order?

The numbering system on a standard dartboard is designed in such a way as to reduce ‘lucky shots’ and reduce the element of chance. The numbers are placed in an order to encourage accuracy and punish inaccuracy. The placing of low scoring numbers either side of large numbers e.g. 1 and 5 either side of 20, 3 and 2 either side of 17, 4 and 1 either side of 18, will punish poor throwing. If you shoot for the 20 segment, the penalty for lack of accuracy is to land in either a 1 or a 5. That is basically it.

Mathematicians and the Optimal Dartboard

Many mathematicians have pondered the dartboard numbering sequence to see if the sequence could be further optimised. The basic answer is yes but how far off do the mathematicians say the numbering is system is off?

David F. Percy CMath FIMA, University of Salford took on the task to see if the numbering sequence could be improved on.  The Original article he produced for Mathematics Today December 2012.

David came up with a new sequence as shown below that makes the scoring fairer for random throwing but will it change the current order? I don’t think so but in my view, the revised order should be considered.

Similar clusters are spread around the board as evenly as possible.

“David said the new dartboard will make most difference at the end of a game when the rules are that a player must finish on a double.

Currently, if a player is on an odd number, and therefore needs an odd number to leave himself with an even, he can choose from the southwest sector of the board where four odds are adjacent: 7, 19, 3, and 17

Even a bad player can expect to get an odd number. But if the odds and evens alternate it becomes much more difficult.

On a traditional board, 8 is right next to 16, which makes the game easier since you are already aiming for that section of the board.”

The design you have come up with gets the thumbs up from me.

Bury Council, Lancashire competition entry into Royal Horticultural Society ‘Tatton Park’s National Flowerbed Competition’ was inspired by Brian Gamlin the man credited with the modern dartboard numbering sequence. The title of the display is ’A tribute to Brian Gamlin’ 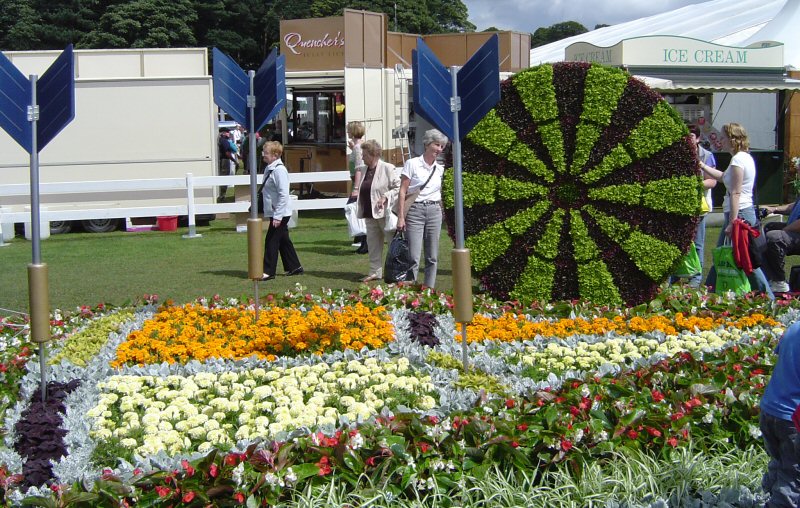 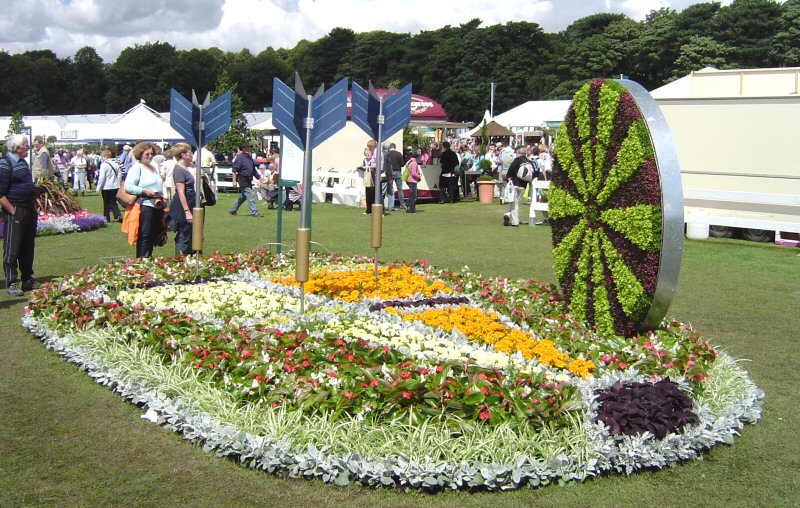 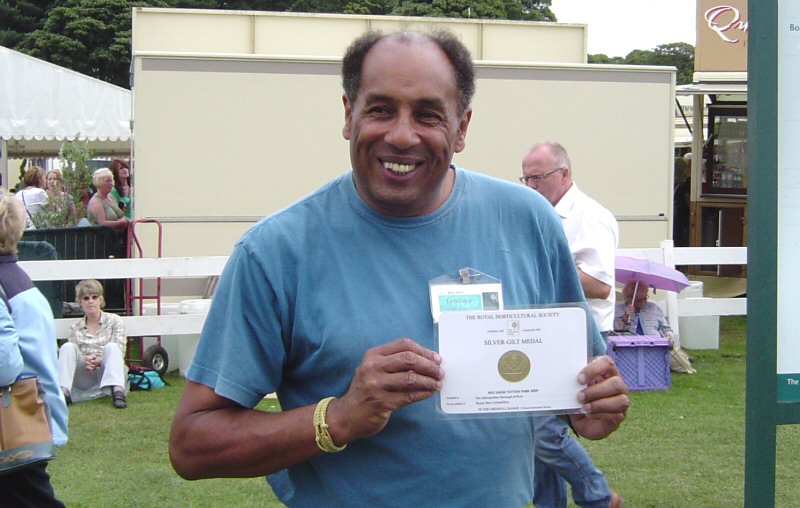 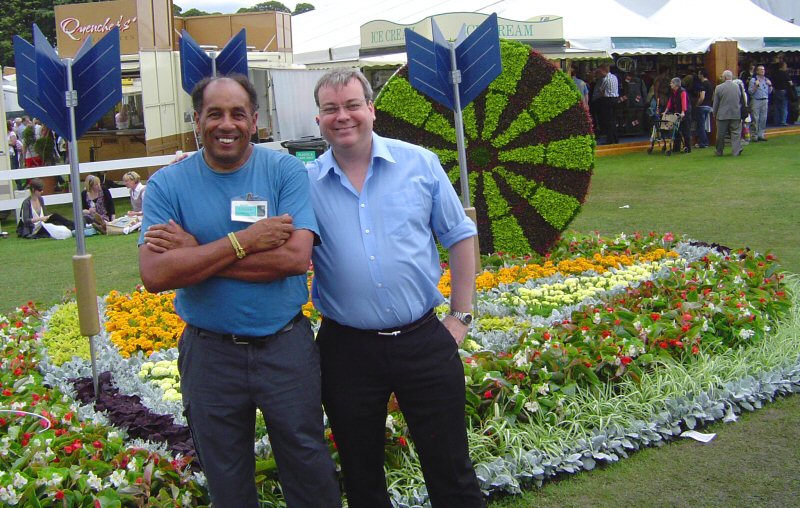 Brian Gamlin is thought to have lived in Bury Lancashire during the late 19th century and at the age of 44, produced the devious dartboard numbering system into the fairgrounds we see today boasting ‘No skill required’. Drunks’ had no chance, as the odd segments were a test of sobriety, the darts game ‘round the clock’, in which players have to score with darts in a numerical order, became a great success. However, Gamlin remains to this day an enigma.

Darts Historian Dr Patrick Chaplin, along with other interested historians have tried to track down birth and death records of Brian Gamlin without successes. Dr Chaplin also has written to many people with the surname of Gamlin in Bury, Lancashire and Bury St Edmunds, Suffolk in the hope of tracing ancestors of Gamlin again without success. The Bury Times newspaper featured an article on the 13th October 2005 and a further entry on the 27th October 2005 and this also drew a blank.

So where did the story originate?

In the book ‘Darts in England 1900 – 1939: A social history Dr Chaplin records that Dave Lanning (Sky Sports darts commentator) originally revealed this ‘fact’ in 1979 from information he had culled from the Daily Mirror cuttings library during his research for his ghosted biographical work on the late Welsh darts professional Leighton Rees. The Daily Mirror published details about Gamlin from a reader in Germany after a reader responded to their article ‘Who decided the numbers on a dartboard should be so jumbled and why?’

Gamlin has gone down in history based on this response and until now hasn’t been able to be traced. Gamlin was thought to be a travelling man, very possibly a showman, and thus may never be found. Indeed this story may live on without the ‘truth’ every being known.

But people in Bury, Lancashire may also wish to know that, according to Dr Chaplin there are two other people who lay claim to be the inventor of the modern dart board; the first being E. Walkers, a wire worker from Leeds. However, the most likely candidate is Thomas Buckle, a wire-worker from Dewsbury, Yorkshire, who is said to have devised the board from a ‘Five board’ a twelve-segment board which he made into a more complex twenty-segment dartboard. Buckles’ board became known as the ‘Yorkshire Dartboard’ and was later adapted in the south by the addition of the treble ring to become known as the ‘London board’.

Bury’s council’s flower display ‘A tribute to Brian Gamlin’ again begs the questions did this man ever exist? and does Bury have a claim to the invention of the modern dartboard numbering system?”