2019 is a year for World Cups. Cricket and ladies’ football are among the sports that have a four-year gap between each World Cup event. Darts, however, has an annual PDC World Cup event featuring 32 countries. But what do sportsmen and women do when they have some downtime? Many love to play darts and pool.

Many sportsmen and women love to pick up a dart and have a game, and it is not uncommon to see sports stars from football, rugby, boxing and tennis attend some of the big darting events. Many also like to bet on the outcome as many fans do at https://www.goal55.id or just play the online game version.

Major dart events are usually based on 501 Match Play Leg format. This means first to a given total is the winner or best of X legs. There are sometimes variations when a double start and double finish however when it comes to the World Championships the format changes to sets. This allows players that may fall behind quickly and not be able to recover in a Matchplay format to come back against their opponent. Set play is usually best of 5 legs will win a set and is considered harder to win than a Matchplay format.

Other dart formats use a round robin phase such as the Premier League while in the BDO there is an altogether different format played to my knowledge in one event only called the British Pentathlon. The games for this event vary from straight 501 and include1001,2001, Shanghai, Halve-it around the board on doubles and more! Points are awarded for each game played. This makes a big difference to the standard TV matches usually seen on our screens.

One of the top ladies Pentathlon Players is Sue Gulliver. Sue has won the event in the past and came in seventh in 2019.

So, if you are a novice player or just looking for an alternative darts game to play this website has several top-rated games to choose from. If you like betting casino games, then you will find some games designed purely for Casino type dartboards. If you prefer games base on sports here are a few below which might interest you. 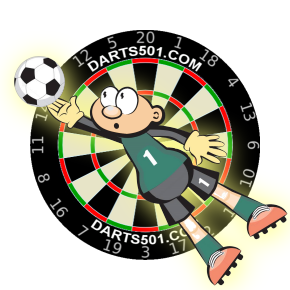 The first player that hits a ‘bullseye’ proceeds to throw for any doubles. For each double that is hit, he or she scores a goal. The second player also throws for doubles after he or she has hit a ‘bullseye’.  You can, if you wish, accept two outer-bullseyes hit instead of a single bullseye but only if this is agreed before the start of the game. Both players must hit either of these before commencing to the doubles. The player who scores ten goals or ten doubles is the winner

There is more than one version of Cricket, this one is based on the English Wickets and Runs Game and should not be confused with the more popular ‘Cricket’ game frequently played in the USA and on soft-tip dartboards. 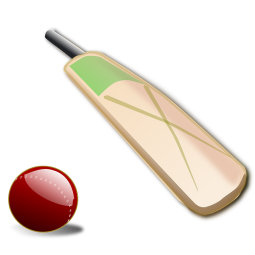 Players: Can be played with 2 or teams

There are several variations of the game of Cricket. The game played mainly in America is as popular as 501 in the UK. The English version of Cricket is totally different than the one played in America. Dart players in the UK may recognise the American version but may know it as something else. ‘It’s just not cricket!’ as some may say in the UK.

A Standard English version of Cricket

Like the traditional bat and ball game, this game as a batter and a bowler. The batter starts with 11 wickets and the object of this game is to score runs before you are bowled out.

The game is for a minimum number of two players but can be played in teams.

To determine who bats and who bowls a thrower from each side throws a single dart for the bull. The nearest to the bull decides if they wish to bat or bowl first.

The bowler throws first and his / her target is to hit the inner or outer bull, the ‘wicket’. The inner bull is worth two wickets and the outer, one. The object of the bowler is to bowl out the batter by hitting a total of 11 wickets. At this stage the batter can no longer score.

The batter scores points or runs on every throw over 40 if he or she scores less than 40 the score is not counted. Should the batter hit an inner or outer bull in the process of batting he or she will lose a wicket / s to that value.

The bowler throws first followed by the batter and they each take it in turn until the bowler has hit all 11 wickets. At this point the batters total runs are recorded.

Normally the game is played over two innings i.e. both sides bat and bowl twice. The winner of the combined innings is the side that scores the most.

Like all good games there are many variations, here are a few: 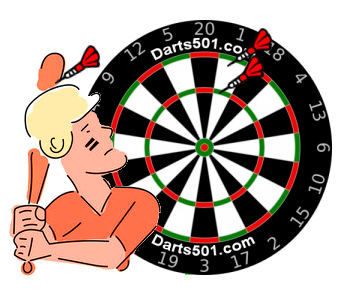 Baseball is a simple and fun game that can be played by several players or teams. There is a version of Baseball called ‘Dartball’ however, Dartball must be played on a special dartboard. This version is played on a London Clock / Standard Dartboard.

The object of the game simple: score the most amount of runs each inning, the highest score at the end of the game is the winner.

The numbers 1 through 9 are written in ascending order on the left side of the scoreboard and a total added to the end. All players names are written in batting order across the top (batting order may be determined anyway, usually one dart each at bullseye with the closest throwing first and the furthest last). A grid may be drawn around the numbers and the names for easier reading.

Each player in order throws three darts at the number of the current inning. The target is 1's in the first inning, 2's in the second, etc. Each number only counts in that actual inning. For example, if a 4 is hit in the first inning, it does not count. The thin outer "doubles" ring counts as two runs; the thin inner "triple" ring counts as three runs with the other sections of that number counting as one run. Therefore, the highest attainable score in any one inning is nine.

If you would like to see more dart sport games or any other games follow the link below.