Yet another venue change for the BoyleSports World Grand Prix of Darts for 2021. The new venue will be Leicester’s Morningside Arena. The play starts October 3, 2021, and it is likely to have a capacity crowd as this unique event will again bring drama and surprises.

However, the BoyleSports World Grand Prix still requires players to start on a double or bullseye (double outer-bull). But unlike the pub version many have played, the players have to reduce their score from 50 to zero, finishing the leg on a double or centre bullseye. To many, the slight difference might not mean much, but a leg can change immediately if a player fails to start their leg within the first three darts. Seeded players have been known to lose the first round purely because of the failure to start the first time. 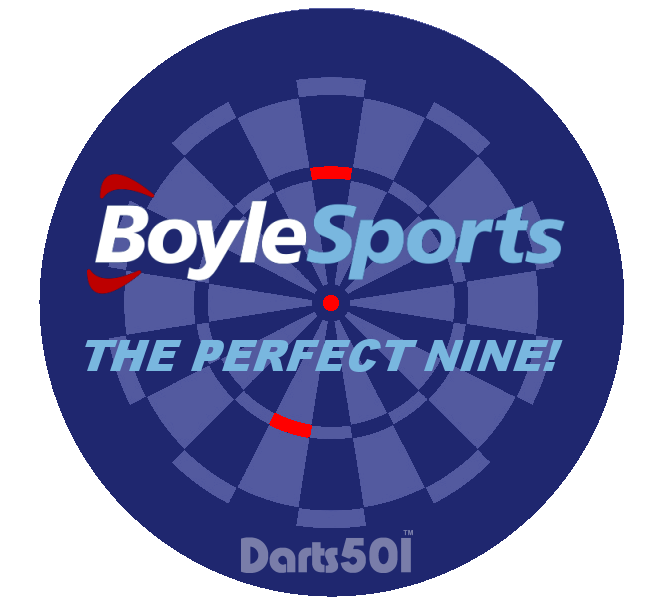 Due to the format, many can be forgiven for not realising that a nine-dart finish is still on the cards and is one of the popular darts bets many pundits place a small wager upon. The usual start combination for this feat in this format is double twenty (double top), followed by two treble twenties. Should a player favour a double sixteen start, and many do, the nine-dart leg doesn’t become an option as a starting sore of double sixteen followed by two treble twenties (152) does not allow for the remaining 349 to be taken out in six darts. If you like a bet on a nine-dart leg, make sure your money isn’t on a player that doesn’t start the leg on a double that doesn’t allow them to achieve the perfect leg.

One combination yet to be seen on TV is the bull start followed by a treble twenty and treble nineteen 167 and third of the 501! Should a player then replicate this throw, they leave themselves on 167, maybe the treble twenty, treble nineteen bull outshot is just assigned to the exhibition circuit. Still, you can genuinely say there is no luck involved in such a combination throw.

The draw for the BoyleSports World Grand Prix has yet to be made. However, the top sixteen by Order of Merit will be the top seed for the tournament. Gerwyn Price, World No.1, the current PDC World Darts Champion and defending BoyleSports Grand Prix Champion, will start as the top seed and possible favourite to retain the title.

The ex-ruby star turned darts professional has had a great 12-months. After winning last year’s BoyleSports Grand Prix Champion, the 2021 World Darts Champion, and recently the Hungarian Open. However, Gerwyn pulled out of the non-ranking Nordic Darts Masters event due to a recurring elbow injury. The Nordic Master, part of the World Series of Darts, is a showcase event. In round two, Gerwyn was to face Fallon Sherrock, the ‘Queen of the Palace’ after she defeated Niels Heinsøe 6-1 in her opening round. The bye given to Fallon wasn’t squandered as she then defeated the No.4 seed Dimitri Van den Bergh 11-10 to make it to the final against Michael van Gerwen.

Gerwyn may have been concerned enough to rest his arm for the BoyleSports Grand Prix, and his fans will be hoping that the injury is healed before the start on October 3.  Commentary pundits at the Nordic Masters stated that Gerwyn might have a cortisone injection to relieve the pain in his arm. If all is well, then Gerwyn will again be the man to beat.

The twelve-month plus drought of titles recently ended for the Dutchman after winning the Nordic Darts Masters in Demark. In the final, he faced Fallon Sherrock, and although a surprise to many, Fallon took an early lead to led the first interval break. However, Michael took control to win 11-7. This was an emotional time for Michael as his winning ways had deserted him for a while. Maybe this might be just what he needed to springboard back to the top.

Currently, at No.3 by the PDC Order of Merit, Michael still has a long way to climb if he wasn’t to be No.1 again. He showed some stellar darts in the semi-final of the Nordic Masters against Jonny Clayton, suggesting his form is back and maybe one of the better bets for the BoyleSports Grand Prix this year.

Peter is, without a doubt, one of the best places on the PDC circuit. Winning the 2020 European Champions, Peter won the World Matchplay earlier in 2021, and recently the World Cup of Darts and Scotland teammate, John Henderson. Frustratingly for many, Peter tends to change his dart equipment more often than his hair colour, and although he has demonstrated he can through any combination of dart, he performs better with some than others.

Peter always strives for perfection, and if a change is correct for one match, it may not be the same for the second.

Peter is more than capably of winning the BoyleSports World Grand Prix, but his best position was back in 2018 as runner-up to Michael van Gerwyn.

The Machine is on the edge of a full return to form after winning the 2021 UK Open. However, you have to turn back the clock to 2010 when he last won the Grand Prix. He has, however, been one of the few that have hit the magic nine-dart leg along with Brendan Dolan ‘the History Maker’ and Robert Thornton at this event.

James tends to go under the radar at the moment, but when he is on form, he is a difficult player to beat. He could be the underdog in this pack but might be better placed for another nine-dart game.

The young Belgium star is tipped for greater things, having won the 2020 World Matchplay. However, his recent collapse in the semi-final of the Nordic Darts Masters to Fallon Sherrock will question his performance under pressure.  Dimitri was 7-1 and 8-2 up at one point. It seemed a foregone conclusion he would be a runaway winner, but a few missed doubles and a never say die attitude from his opponent changed things. While Dimitri was waiting on a double to win the match, Fallon took out a clean 101 checkout to level the match at 10-10. Fallon then started the final deciding leg with a maximum, 180! Dimitri then seemed to fall apart and couldn’t respond. He lost 11-10, something that will play on his mind for some time to come.