Home / News > How did darts become a truly global sport?

How did darts become a truly global sport?

The evolution of professional darts has been nothing short of remarkable. After the infamous split in the mid 1990s and the emergence of the Professional Darts Corporation (PDC), the sport has captivated millions around the world, generated huge television interest, turned players into genuine superstars, and entered new global markets.

Innovation has been the key to refining professional darts as a product, focusing on the game’s structure, immersive fan experience, and making smart strategic moves to grow the game.

In essence, the PDC has created an extremely strong brand that, like any successful business, has garnered huge numbers of loyal fans. And once a sizeable fan base is in place, increasingly lucrative television deals and sponsorships inevitably follow.

The increases in revenue generated by such TV and sponsorship deals are in turn used to attract even more fans and the cycle continues, while online sports betting platforms like TonyBet.com continue making big investments in the sport.

It has also allowed for the rapid expansion of new PDC tournaments, leagues, tours and series, offering existing fans more top-class darts and introducing the game to new supporters.

As well as staple tournaments like the World Championship, UK Open, World Matchplay, and World Grand Prix, the arrival of new events such as the Grand Slam of Darts, Players Championship Finals, and European Championship over the past decade or so has added further dimensions to the PDC’s ranked tournaments.

Meanwhile, Premier League Darts has ensured a more constant stream of darts action for players and fans alike, while elite tournaments for the very best players – The Masters and Champions League of Darts – raise the stakes even higher.

While all of the above tournaments have helped cement PDC darts as a major sport in the United Kingdom and Ireland – with the exception of the European Championship which has been held in Germany each year except for 2019 when it was in Holland – darts’ attempts at globalization has taken proactive steps through the World Series of Darts and the World Cup of Darts.

While the World Cup of Darts has been staged in the UK or Germany since its launch in 2010, the tournament involves players representing 24 countries, making it the most inclusive PDC tournament on the calendar.

As well as representatives from heavyweight darts nations like England, the Netherlands, and Scotland, the World Cup has seen players from numerous countries compete – from Japan to Slovenia and Poland to Gibraltar. This has given smaller darts nations an invaluable platform in a team setting that had never previously been available and will encourage more youngsters to take up darts from countries that before may not have had the same opportunities as players from the UK and Holland.

Meanwhile, the globalization of darts from a fans’ perspective has been, since 2013, channeled into the World Series of Darts. After its inaugural year that involved just two stops – Dubai and Sydney – the World Series hit its peak in 2017 with seven destinations. 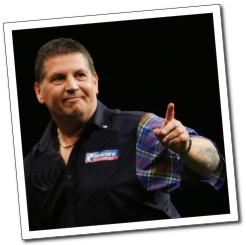 Included in the World Series destinations for the past four editions has been a market that PDC chairman Barry Hearn has made no secret in his ambition to crack: the United States, with New York taking over hosting duties from Las Vegas in 2021, delayed from this year due to the coronavirus pandemic.

Indeed, like all major sports and sports organizations, darts and PDC events have been severely disrupted by the pandemic. The sport has effectively been in lockdown since March, with the PDC announcing the cancellation or postponement of all ranking events scheduled for May and June. The World Cup, European Tour events, and World Series shows have also been called off.

Yet, in another move that shows the PDC’s ability to innovate and retain fan attention, the launch of the PDC Home Tour has kept players and fans occupied in the absence of regular tournament action. It has even provided a small measure of humor after Gary Anderson was initially unable to compete due to a weak internet connection.

While the ongoing pandemic is expected to cause long-term damage to many sports and organizations – both logistically and financially – PDC darts should be able to ride the storm. While it will undoubtedly feel the effects of the lockdown, the PDC is now a firmly established and lucrative entity that, through continued evolution and innovation, will move forward toward a bright future.