Few sports have seen an increase in player participation and audience growth like the sport of darts. Although the sport originated in the tap rooms of old English pubs, darts over the last two decades has seen phenomenal growth in the UK and the rest of the World.

Most people that you talk to have thrown a dart within their lifetime, they may not be as good as they would like but they realise hitting a tiny target with a small tungsten, steel tip dart can be extremely difficult. From the origins of the pub game came betting.  In the case of a friendly match, this may have been for a pint or small wager but this soon developed into money races.

Top players in the 1970s such as John Lowe, Eric Bristow MBE, Leighton Rees and Alan Evans would play for thousand-pound cash prizes put up by their adoring fans. No risk to their own money, they just got paid to play and win! This gave way to the tournaments we see today and increased sponsorship from many of the top bookmakers. To find out more click here to some of the apps that are available for you. 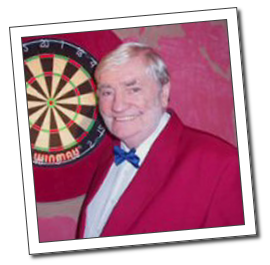 Pub leagues grew into town and county teams and it was Olly Croft OBE who saw the potential in uniting the counties together. Olly was the instrumental person behind dart in the 1970’s and formed the British Darts Organisation (BDO). Initially, only eight counties signed into the new organisation and within two years this had grown to over forty. County teams competed against each other on a weekly bases and the birth of the regular darts tournament was born.

Prior to Olly Croft and the BDO, the biggest darts tournament in the world was the News of the World Individual Championships.

The National Championships continuously ran from 1947-1990. In its last year, a ladies competition was introduced which was won by Lynne Ormond. The Championship finals were played in various locations across London during this period including the famous Alexandra Palace where the PDC World Darts Championship is currently staged.

The tournament was notoriously difficult to win. Each round consisted of the best of 3 legs and was played from an 8ft (Hockey) Oche length, not the 7ft 9 ¼” (2.37m) used as the standard today.

In 1986-7, Bobby George won the event without conceding a single leg during all rounds of the competition.

The latter stages News of the World Darts Championships was also broadcast by ITV and was a feature of ‘World of Sport’ from 1972 to 1985, and again in 1987 and 1988. The 1986 event wasn't broadcast due to a technicians' strike.

The competition ended in 1990 but returned for the last time in 1996/7. The men's competition was won by Phil Taylor and the ladies by Linda Jones. It is still said to be one of the hardest competitions ever to have won.

Due to the success of Olly Croft’s BDO and in the interest of the BBC, an invitation from to broadcast a World Champions on TV was offered to Olly. At the time there had not been a World Darts Championship, so Olly, set to organise one. In 1978 the first recognised World Championship was formed and the winner of the event as Welshman Leighton Rees. Leighton beat the England hot favourite John Lowe  11 legs  - 7 legs in the final. The World Championship since then has been played in a set format.

John Lowe who lost the first World Championship to Leighton Rees met him again the in the final. This time, however, the scoreline was different. John was the runaway winner beating Leighton 5 set to 0. John went onto win a further two World titles and was runner-up in a further four.

In 1978 Leighton Rees picked up a cheque for £3,000, but with the advent of sports betting sponsorship the sport has grown into something that neither Leighton or John could have foreseen. The BDO continue with their pioneering work to help develop new dart players and the World Championship has grown too. However, much credit should be given to the breakaway group of players that formed the World Darts Council later to become the Professional Darts Corporation (PDC).

The chairman of the PDC, Barry Hearn, famous for his boxing and snooker promotions, was invited to chair and run the PDC. Barry took one look at the sport and knew this was something that he could develop and make the sport into something fans wanted to watch, TV broadcaster wanted to broadcast and sponsors wanted to sponsor. The winner of the 2020 PDC World championship will receive a cheque for £500,000, a far cry from forty years ago when Leighton won £3,000.

It is also worth a note that in 2001 the BDO introduced a ladies World Darts Championships. Although ladies were and still can compete alongside men in darts tournaments, ladies wanted their own championships.

Trina Gulliver MBE has been the dominant force in the ladies game. She has won ten World Championship titles to date and been a runner-up in a further two. In 2020 the PDC will again allocate two spots in the televised finals to ladies. They will have their own play-off’s to gain a place without having to compete against men. This is a turning point in the PDC and should bring a new dimension to the televised stages of the PDC World Darts Champions, which can be seen on Sky Sports 13th December to 1st January 2020