On paper, the ladies dart averages have always been commendable and a match for their male counterparts yet despite hitting a three-dart average over 90 and in some cases over 100, sustaining this high-quality level has not always been the case. Fallon, however, showed that ladies can play at the highest level and win.

A total ranked outsider, Fallon odds on winning the PDC World Championship are still a little daunting at 250/1. It is a bit like a third division football team winning the FA Cup take a look at the Football score table for more football details.

Darts doesn’t have the profile of football, tennis, rugby, baseball or NFL but it brings some of the best entertainment of the lot. Fans from across the world are descending on the Alexandra Palace to what the players perform. Mikuru Suzuki from Japan also competed on the PDC World Stage in the 2020 finals and only narrowly got beaten in the last leg decider. Many thought she might be the first female victor but that accolade goes to Fallon. 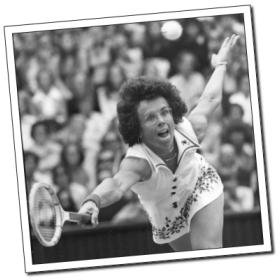 Billy Jean King, famed for her fight for women’s equality in sport, tweeted Fallon on her achievement. ‘It is a game-changer’.

On the 21st September 1973 Billie Jean King Bet Bobby Riggs (former Wimbledon singles and doubles champion) in a tennis’s Battle of the Sexes. Her win gained the recognition of women’s sport needed and the prize money for female tennis events increased. Wimbledon, prize find is now equal men’s and women.
Women’s sport still needs the extra support from sponsors regardless of the sport is football, rugby or darts and it is only achievements like Fallon’s that sponsors and sports fans take note.

Darts has been a male-dominated game and the first lady’s world championship was introduced in 2001. The ladies were and still are under extreme pressure to perform well and they do every year. Trina Gulliver MBE has won the ladies title ten times and Fallon will be seeking her first in 2020.

The traditional pub game, darts has come a long way over the past few decades. It makes great TV, and the attending fans can let their hair down and enjoy the party atmosphere. Besides the standard 501, many other games can be played on a standard dartboard. Including football, baseball, cricket, snooker and racing games like the Grand National. Some players play these for fun while other games like American Cricket and Halve-it can be more serious games.

American-Cricket is widely played in the USA and Asia, usually of a soft-tip dartboard as it forms part of an overall darts match that also features 501.

There are many dart games and, in some cases, different boards are made to play them. Casino Boards are a favourite for many as it allows for a small wager and has a familiar strategy as Poker, Craps, Blackjack and Baccarat.  UK regions also have their own traditional boards with different rules and set up.

After making world news headlines, Fallon, however, has not only earned her place in the history books but she has also secured a place in the PDC World Series of Darts, The USA Masters at the Madison Square Gardens, New York, June 5-6 2020. It was later announced that Fallon will take part in all of the PDC World Series events for 2020. These include Denmark, German, New Zealand, Masters, plus two Master events in Australia. Fallon achievement is likely to be a game-changer for women’s darts, sponsorship for her and the sport in general.