With variations like the Football Darts game, Cricket and "Round the Clock", the game of darts could be considered a children's pastime. However, December 1937 two British royals, King George VI and Queen Elizabeth, mother of the present monarch, visited a Slough Social Club, near Windsor Castle. The royals were invited to play a game of darts, three darts each. The King scored 19 and the Queen 21. Queen Elizabeth claimed herself the winner!  When a photograph of this feat appeared in the national, the British Darts Council was soon inundated with enquiries from women about darts coaching.

While separation of the sexes has been the status quo for many years, women have made some inroads in competing against men in international tournaments. In terms of the popularity of live darts, the inclusion of male and female players in the same tournaments is to darts what winning a CrazyFox Casino jackpot is to an online gamer - very lucrative indeed.

Woman and Men in Tournaments

A significant development in this regard came in 2018 when the Professional Darts Corporation (PDC) expanded the number of players that could qualify for the PDC World Darts Championships. Two places would be reserved for to female players. Qualification was through two qualification competitions. A UK and Rest of the World basted competition. Ladies were invited to attend one of the events, with the winner claiming of each claiming a first-round place at the world championships. Lisa Ashton and Anastasia Dobromyslova won their respective competitions and took up two places reserved for women in the PDC World Championship. Darts expert Jacek Michalski was optimistic that glass ceilings would be broken and those female darts players would soon prove they can compete with men at any level of the sport.

His trust and confidence were more than vindicated in 2019 when Fallon Sherrock became the first woman ever to beat a man at the Championship. Fallon won two rounds, beating world number 65 'Super Ted' Ted Evetts, and then world number 11, Mensur Suljović later in the week. The feat gained worldwide news prompting tennis star 'Billie Jean King' to add her congratulations to Fallon. Women's darts are on the increase. The standard of play is gaining new heights, and many ladies now compete side by side with their male counterparts in local pub teams.

Top female players can now find high rewards on the PDC circuit. However, qualification is challenging and few have gained a PDC tour card. However, many female players have competed in the open tournaments and gained places at the Grand Slam of Darts and World Darts Championships.

The following is an overview of the current top female players and some of their careers' highlights.

Although not the force she once was, Trina is, without doubt, the best female dart player the world has seen. Winning the first seven Women's World Titles, she went on to win a total of ten. Trina has also won the World Masters six times and has another 100 plus titles to her name. Trina is still part of the darts circuit but has recently taken time off due to illness. Her return could prove the rest has done her good.

Lisa has been playing darts since 1992 and joined the British Darts Organisation (BDO) in that year. In 2000, Lisa won threw a gruelling four days PDC Qualification (Q-School) to gain a two-year PDC Tour card. She has won a total of twelve majors since becoming a professional, including the BDO World Darts Championship four times. Lisa is likely to be a top female player for a while to come. 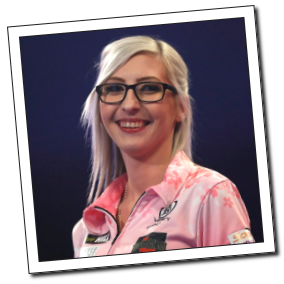 Slayer of male players at the PDC, this champion has been playing darts since the age of 15. She joined the BDO in 2012 and has more than 30 career titles. Fallon has two major titles and ended as runner-up in two more. She is an excellent example of the benefits of starting young and developing one's skill. Loads of talent also helps when it comes to reaching the top.

The two-time BDO World Champion only joined that organisation in 2016. The Soft-tip darts player turned to steel-tip winning back to back BDO World Darts Championships in 2019,2020. Mikuru has also competed with male players and narrowly lost in the first round of the 2020 PDC World Championships. The reigning BDO Champion is undoubtedly a player to watch.

Deta is by far the most experienced player on our list, with 39 years of throwing darts behind her. She took a five-year break from 1997 when she was the number one BDO player. After becoming the first woman to beat a male player in 2005, she took another break. With over a hundred career titles, it is clear that Deta takes breaks, but she doesn't give them. She lacks a World Title to her name although she is still more than capable of achieving this feat.

Taking the early start concept to another level, Beau started at the age of nine and joined the in 2016 at twelve joined the BDO. A former youth player, Beau, won two girls World Masters and since then, she has racked up two senior tournament titles hitting a nine-darter along her way. In her first appearance at a major, she went all the way to the semi-finals, losing to Mikuru Suzuki. Beau is undoubtedly an exciting indication of the quality of players coming through the junior ranks.

Poland is an emerging source of female players. Three players currently hold positions in the top 50 World Darts Federation top 500 rankings.  Karolina Podgorska recently qualified for the BDO World Championship, although she lost her first-round match in 2019 with 2-1. She has three career titles to her name thus far and remains a strong competitor from Poland.

The PDC and BDO are playing their parts in levelling the playing field in terms of prize money and opportunities to compete. The continued support of such bodies will increase the ability of women to play darts for a living and become draw cards for paying fans.