The William Hill PDC World Darts Championship will again be staged live at the Alexandra Place, London over sixteen days.  Ninety-six competitors will compete for the first prize of £500,000 and the Sid Waddell Trophy.

Competing again this year is will be the oldest tungsten slinger ever to compete in a World Championship, Paul Lim the Singapore Slinger at the tender age of 66!

Paul shot to fame in the 1990 BDO World Darts Champions second round when he threw a perfect nine-dart leg against Ireland Jack McKeena. Although Paul wasn't the first player to complete this feat on TV, that accolade goes to John Lowe MBE who pocketed £102,000 for the first TV nine-darter. Paul, however, was the only player ever to record a nine-dart leg in the BDO World Championship finals over its 43-year history.

In 2018 Paul again was looking to rewrite the history books in the PDC World Darts Championships. Facing Gary Anderson, Paul threw eight perfect darts only to narrow miss double twelve to complete the nine-dart perfect leg.  Fans will be hoping the ageing darting can once again reproduce the magic he first should thirty years ago and there is likely to be a few quid on him to say he can. The nine-dart feat as it has become a little more commonplace than it was a couple of decades ago so one or two may be on the cards this year.

Sky Sports will cover the 2020/21 World Championships. Sky will have a dedicated channel devoted to the sport for the sixteen-day duration. Dart fans can watch darts 24/7, which will include replays and interviews with the players.

Dart fans across the globe may find the World Champions is again being transmitted by one of the other big stations. See the PDC website for further coverage details.

This year's finals will again feature two female stars of the sport. Lisa Ashton and Deta Headman both qualified via the PDC's Women's Series of events. Fallon Sherrock narrowly missed out on qualification, and it was only on legs won on countback that saw Deta through this year.

Lisa currently holds a PDC Tour Card and is used to beating some of the cream the PDC have to offer. So doesn't be surprised if she continues in Fallon's footsteps by winning a few rounds at this year's Championships. Lisa knows how to win and has four BDO World titles to her name. However, Trina Gulliver MBE with ten titles will take some beating.

Deta is also no stranger to winning women's dart titles. With over one hundred major titles to her name, Deta won't find the World Stage an issue although the one title that did allude her was the Women's World Title.

Fans will have a punt on the ladies doing well. Fallon showed the world that women’s darts is on a par with the men’s and anyone that wishes to dispute this only need to see her winning performances.

The World Championships always brings some surprises. Last year it was Fallon Sherrock defeating two male players in her quest for the title. This year will again bring more surprises, but where are they to come from?

Germany and Asia have seen massive growth in the sport over the past few years as well as other parts of Europe. The USA, by all accounts, should have several top players, but this isn't the case.

The PDC system is now spread worldwide, and the standard of play gets increasingly higher. Averages of 110 per throw seemed to be commonplace when a few decades ago ninety-plus seemed to be high. 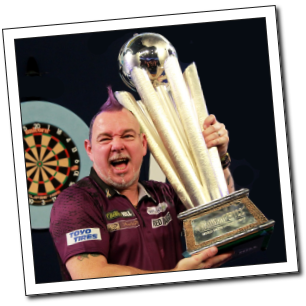 Peter has just become the newest member of the millionaire club, with earnings over £1m in prize money alone over the past two years and this doesn't include the non-racking events that Paters has played in throughout this period. i.e. the Premier League doesn't form part of the main winning that form part of the PDC Order of Merit.

Peter is the defending PDC World Darts Champions, and many will tip him to retain the title while many others will tip him to use several different sets of darts during the championship. Peter is renowned for changing his dart equipment, so if you wish to purchase the Champs darts, you have a dozen or more to choose from.

Snakebite is likely to feature at the business end of the tournament, but his current form doesn't suggest he is good enough to lift the Sid Waddell trophy in the near future.

Micheal is no stranger to World titles, but the lockdown hasn't severed him well. Many pundits were about to say he had his day when he changed this around at last month’s Players Championships Finals by beating the surprise of the tournament, Mervyn King in a last-leg decider to lift the title for the sixth time. Mighty Mike might just have found form at the right time. So, could this be World Title No.4 for him?

Gerwyn looks to be the man on form. Throughout 2020 Gerwyn has won the World Matchplay, the World Series and the World Cup for Wales. The ex-ruby star has found fame and fortune from throwing darts, and he looks hungry for the World title. If Gerwyn can continue with the high scoring and back this up by hitting the doubles, he will be in the mix at the end of the sixteen-day tournament.

Glen would have been a high favourite for the 2020/21 World title. Winning the Premier League round-robin phase and then going on to lift the title at his first attempt demonstrates he is a man who can play the game on the toughest of oches. The former three-time back-to-back BDO World Champion made a move to the PDC in 2019. With no ranking or head to head results against the PDC players, fans had a field day when the odds were clearly in their favour, not so now.

COVID hit Glen badly and although virus-free he seems a little weak when he returned to the oche last month. If he is however back on form when the championships start, he will have short odds for the taking the title. Only time will tell.