Home / News > The Winner Takes It All

The Winner Takes It All

When it comes to darts, the smallest margins can mean success or failure, and throughout history, many matches have demonstrated the slightest differences between winning or losing.

The World Championships are the darters' dream. Winning the World Championship can transform a player’s life even if they only achieve this feat once. Although many fans can name most, if not all, World Darts champions spanning over forty years seldom can they call the runners-up!  Of all the players that have lifted a dart the most successful has been Phil ‘the Power’ Taylor. In his era, Taylor won the World Champion title a total of sixteen times, twice while playing in the BDO World Champions and a further fourteen times playing on the PDC circuit. Taylors winning success dwarfs all others, yet some of the players got close to winning but failed at the last hurdle.

With darts now, such a success story with TV broadcasters, and sponsors the difference of becoming first or second has become for apparent. Here we take a look at some well-known players that should have won a World title but didn’t! As a dart fan and punter, you may find the $1 deposit casino more rewarding when you deposit is matched, and you gain a welcome bonus. You are a winner from the start! 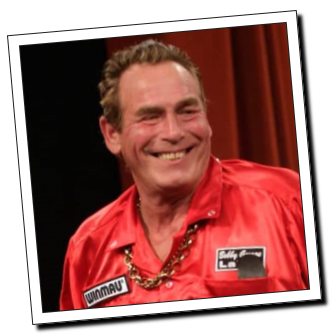 In thw1980s, darts were prominent billing, just like today. Spectators would chant their favourite players' names to add a small bit of encouragement and in equal measure, boo or call out inappropriately to put their players opponent off their throw. The professional player tends to expect a noisy crowd these days, and it doesn’t usually affect their play, however, if both players throw well and the tournament title is on a knife-edge the fans tend to give full respect, memorised by the players darting ability.

Bobby, some may say, was a nearly man! In 1980 Bobby got to his first BDO World Darts Final, he faced the Crafty Cockney, Eric Bristow, Bobby had darts to level the match, four-set all, but a poor combination shot allows the Crafty Cockney to steel the leg, the set and the Championship. Fourteen years later Bobby made to the World final for a second time. However, celebrating is semi-final victory against Magnus Caris Bobby jump for joy on the World stage, landing heavily and broke his back! A trip to the hospital, Bobby was advised not to play the final. Bobby knew the importance of the World Championship and played wearing a steel girdle. He lost 6-0 to John Part.

In 1992 saw one of the greats darts matches ever. Mike Gregory pushed the Power to the brink. Fives sets all, five legs all the match came down to a sudden-death leg, the winner takes all! The players bull-up, Mike wins the bull and throws first, both players throw well. Mike had chances earlier in the match to clinch the game, but it was unable to nail the double. Taylor has first opportunity to win the title needing 96, and he misses handing back the darts to Gregory who needs 104, he misses, Taylor takes out double-top.

This match was more of a loss for Mike Gregory than a win for Taylor. The disappointment for Mike was written over his face, and he never achieved these dizzy heights again. As for Phil, he was on a mission, it was his second World Title, yet no one knew what was to come. 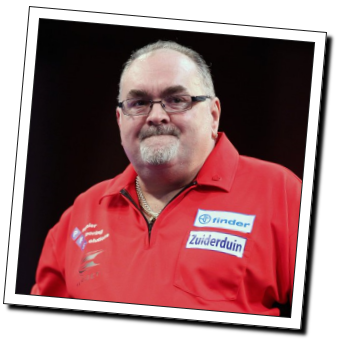 Many have said the BDO World Championships isn’t the title it used to be following the inception of the PDC. However, the players at the top of the BDO are on a par with the PDC players, although many dispute this fact. Tony O’Shea came to prominence in 2009 when he reached the first of his three World Finals.

In 2009 there was only one player to beat, the Count, Ted Hankey. Ted is one of the most prominent characters in darts. He walks onto the stage dressed as Dracula and in a cape. He throws rubber bats to the crowd, and the fans love it. Besides the antics of the player, Ted is an excellent dart player. The 180s reign-in leg on leg and he beats O’Shea 7-6. Tony managed to make the World final again in 2012 and 2013 losing to Christian Krist 7-5 and Scott Waites 7-1 receptively. A nearly man but not quite a titleholder!

In 2018 Mark McGeeney, ‘Gladiator’ nearly won the BDO World title, but like most of the nearly players nerves seemed to get the better of him. Although a titleholder i.e. winning one of the biggest darts events staged, the Dutch Open, McGeeney couldn’t find the winning double to take the title. His opponent, Glen Durrant. Durrant went on to win the match 7-6 and then won the next two BDO World Championship titles before moving with McGeeney to the PDC in 2019. The cream of the BDO abandoned ship for the more lucrative PDC circuit, and although Glen has made his mark already on the PDC circuit, McGeeney is still on the fringes of the top fifty, however, given another year McGeeney might make the top 32.

World Champions past and present, can be viewed on this site along with the lady’s winners. Who will add their name to the list in 2020?