The 2019 World Series of darts got off to an excellent start for the newcomer Nathan Aspinall. On his debut World Series Event, the US Masters Nathan Won claiming the £20,000 first prize.

Nathan’s timely 180 scoring and clinical finishes showed he is a man that will be a force to reckon with however Nathan won’t feature in another World Series until the finals later this November.

Nathan had to pass Rob Cross the former World Champion in the quarterfinals, then defeat an on-form Peter Write in a nail-biting last leg decider in the semi-finals.

The USA crowed in Las Vegas were in for a treat in the final as Nathan and his opponent Micheal Smith threw some tremendous arrows and Nathan hitting a 10-dart leg with a bounce out! Both players did exactly what the World Series is all about, showing the best players in the world at their very best.

Unfortunately, none of the North American qualifiers proceeded further than the first round this year however the PDC will be returning to the capital city of gambling Las Vegas next year. If you can wait to see Vegas back on your screens, then have a look at the best betting apps to and understand the odds on the next World Series Match or World Matchplay.

The World Series is a non-ranking series of events designed to showcase the best dart players across the globe and allow some extremely good local qualifiers have a taste of the TV darts stage. For many, this may be the only opportunity they have to showcase their talent. 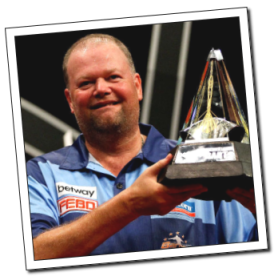 The World Series changes its locations most years and previously visited Dubai and Shanghai. This year the World Series covers the USA, Australia, New Zealand, Germany with the overall finals taking place in Amsterdam, Netherlands

We will also be saying a fond farewell to the Five-Time World Darts Champion, Raymond van Barneveld. Raymond takes to the oche for his last World Series event in Germany, unless of course he wins or is selected to play in the Series finals later in the year.

Barney has had the biggest influence on darts in the Netherland over any other dart player. Sadly, his final farewell year hasn’t gone to plan as he is now outside the top 30 PDC Order of Merit and has failed to qualify for the next PDC major the World Matchplay in Blackpool at the end of July.

Barney will be missed; however, the new breed of players have shown their muscle and the future of darts is in excellent hands.

Here is a 2019 World Series fixture dates, PDC players and locations. All events are screened via ITV4 / ITV Sport in the UK and various other places across the World.

Eight of the top PDC professional will compete against North American qualifiers and will include:

The winner of each of four qualifying events, alongside the top four players from the Qualifiers' Order of Merit.

The World Series continues globe totting to Germany, Australia and New Zealand before the finals in the Netherlands.

Brisbane qualifies to be confirmed

Melbourne qualifies to be confirmed

New Zealand qualifies to be confirmed

Qualifying players will be confirmed after the conclusion of the New Zealand Masters.