Home / News > Making the most from the betting odds at Betway

Making the most from the betting odds at Betway

Darts has become one of the biggest success stories in the world of professional sports. The game requires immense skill and the ability to hold your nerve under extreme pressure. For the fans, matches can contain drama, and a single miss can turn the game in favour of one player to another as we recently witnessed in the PDC Champions League when Michael van Gerwen beat Peter Wright in the last leg decider after Wright missed darts earlier in the match to claim victory.

For a player to tense up when throwing can mean a disaster. The natural throw can be inhibited, and the dart may not land in its indented destination. Although many amateur players can throw the elusive ‘180’ and take-out three-digit finishes, doing this on a world stage under intense lighting, heat and TV cameras is another thing.  This allows a good punter to make the right call, and there is no better place than  https://www.betway.co.za/sport/darts where new customers can get up to £30 in Free Bets. One player that has failed to make it over the winning line when seemingly in full control, unfortunately, is ‘Snakebite’, Peter Wright. Peter has lost many a final when he clearly should have won. However, Peter will be a hot tip come the World Championships at the end of the year as he now holds the highest non-televised three darts average 123.5.

Players that join the PDC

Player’s that move from the British Darts Organisation (BDO) to the Professional Darts Corporation (PDC) first have to qualify for a tour card and even if they manage to win one of the few that are made available each year many struggles to replicate their winning ways on the PDC circuit.

Darts for the darts fan and punter, however, can bring huge rewards. There are many ways to place a bet and not just the outcome of the event. Score-lines 3-2 victory, most 180s hit, 170 finishes and the popular nine-dart finish are just some.  Many matches have also turned when the odds are entirely in favour or against players and Betway know this can happen only too well.

Betway allows punters to place a bet on a match and overall champion winners and their odds can be more favourable than others.

Do betting firms every get the odds wrong? 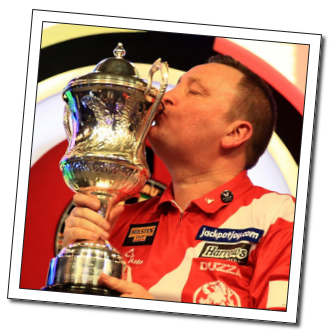 Betting firms rarely get anything wrong. However, if you study a player that more from the BDO to the PDC, there is little one-to-one comparison when they come to play an established PDC opponent. A good example is the three-time back-to-back BDO World Champion Glen Durrant. Glen has won all the major BDO titles, yet he only joined the PDC in January 2019. With no ranking against his name at the time of qualifying, he automatically became a hot outside be and has beaten the PDC World No.1 Michael van Gerwen at his first major PDC TV event the World Match Play.

Glen has qualified for the PDC European Championship finals 24-27 October and could be a good outsider to take his first major PDC title.

Glen Durrant and former BDO World No.1 Market McGeeney are just two players that could change the profile of the PDC’s top players list now that the ‘Power’, Phil Taylor has retired, and ‘Barney’ Raymond van Barneveld is due to retire after the 2020 World Darts Championships.

A sport is only as good as the players it can produce, and with fantastic infrastructure, both the BDO and PDC can be assured of high-quality players for the future. The youth circuit is now breading the next generation of players that are likely to take the sport to greater heights, and a few of these have started to emerge in the senior side of the game.

Dimitri van den Bergh is one such player that has made a successful transition from the youth circuit to the senior professional side of the sport. Dimitri won the PDC World Youth Champions twice, 2017, 2018 and is a good tip for better things as he continues his career in the PDC.  Demetri is currently inside the top 32 PDC Order of Merit and has shown he can produce the top-quality darts to succeed in this demanding sport.

Nathen Aspinall is another of the new bread of players that had a great run in the 2019 World Darts Championships, losing in the semi-final to Michael Smith. Nathen, however, has to date had a good 2019 winning the UK Open and the US World Series Masters. His sites will be on the 2020 World Championships where he will have to defend his Order of Play ranking. Anything lower than a semi-final sport is likely to see him full in the ranking. But Nathen is one of the new darters to our screens and could do well.

In 2019 Barry Hearn announced £14M in prize money for the year. The biggest event is the World Championships when the winner receives £500,000 but more importantly the title of World Darts Champion. The Alexandra Palace has become the new home for the sport. In comparison the BDO World Championships, which is played in January at the O2 Arena London, the winner receives a mere £100,000.

With the more lucrative side of darts being the PDC, the tour cards become hard to obtain and keep. Sponsors are queuing up be part of the action, and TV broadcasting is undoubtedly at an all-time high.