Back in the 1980s darts found it’s first big stars. TV coverage started with broadcast of the News of the World individual Champions, Indoor League before a new World Championship was form by the British Darts Organisation. In the beginning this new TV sport captured a new generation of dart fans and players.

On one occasion, Bob Walked to the oche with a stallion by his side. He didn’t risk riding it in just in case the horse decided to bolt!

Bob as a top player of the 1980s, he was the first player to win the Winmau World Masters three times in a row and added to that the BDO World title to his list of achievements in 1988. However, in 1992 along with  fourteen other top players moved away from the BDO organised events. The players thought the sport wasn’t managed correctly and TV Sponsorship was drying up. The group formed the World Darts Council, and after many legal shenanigans with BDO, the word World had to be dropped and was changed to the Professional Darts Council or ‘PDC’ for short.

Today Barry Hearn is the chairman of the PDC and darts events organised under his management have become some of the best sporting events on TV. Bary initially got Sky sports involved to broadcast the games, and although initially reluctant, darts has become the second most-watched TV sport on the Sky Channels. It has been a roaring success for the satellite company and for the many betting firms who sponsor most of the events. Dart fans love to bet on the outcome of a match, and it has become part of the darts DNA, betting-universe.com is a place where they can obtain some bonus codes to use to boost their bets of darts and on other sports.

Barry has transformed the world of darts from a semi-professional game into an international sports phenonium. 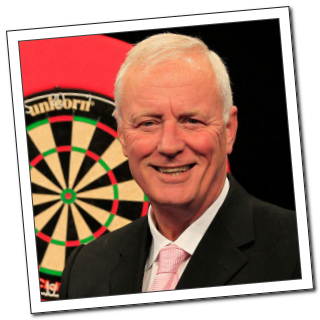 Anderson although retired from the Profession scene still competes, on the exhibition circuit. Although he still follows the of the profession game with great interest. Anderson, originally from Somerset in the Southwest England, is pleased with the development in the game, and with the direction that it is going in the future. He can only see the sport getting bigger as more countries embrace game.

Bob said: “I could see the game growing, and there were endless possibilities – given the right captain of the ship, should I say, I’m perhaps surprised that it’s grown as fast as it has, as quickly as it has. But I’m delighted it has. Very proud, every time I look at the boys and watch the shows. I see the viewing figures, and I see the popularity around the world. I think in some small way, I had something to do with that.”

“But the famous split between the different organisations could have caused huge problems, and the WDC could have folded entirely. It was a risky move, but one that ultimately paid off. “We did stick our neck on the block,” he remembers “I try not to [think about failure]! I’m sure that there was that possibility. But I was equally confident in my ability, and the ability of my co-founders, to carry the day. And that we did. Everything wrong, but everything right. Jocky and I crossed swords on several occasions. It was inevitable that we weren’t going to see eye-to-eye. I was six foot three, and he was only five foot seven!”

Anderson spoke of Jocky with a twinkle in his eye, as Jocky Wilson was one of the sport’s most notorious characters. A phenomenal player he came with a somewhat combustible attitude and became the feature of a recent documentary on the BBC One Scotland which was a tell-all type story. Although Anderson had nothing but high praise of the Scotsman.

“He was an absolute dynamo. A tremendously talented, pugnacious – sometimes offensive – but what a dart player. When I first started watching and joining the ranks of the top boys, I watched Jocky throw. His eye-hand coordination was unbelievable. You’d never look at Jocky and say ‘that’s the style you wanted to be copying’. No, no, no. He did everything wrong, but got everything right.”

Now with the Darts Premier League is in action, with its big names, and massive stars, Anderson is sure that Jocky would have fit right in. Here’s hoping that he would have been able to win big as well.

Dart averages have increased over the years but many say this is down to the improvements made in the dartboard construction. Back in the 1980s the dartboards had a thick round wire pinned to the board to divide each of the scoring segments. Today that has been totally replaced with a much thinner strip of steel that is embedded into the sisal (dartboard surface). This allows for a more visible scoring segment, hence to say it has become a little easier to hit 180s and nine dart legs, although these are still difficult to hit.

Bob, along with the likes of John Lowe, Bobby George and now Phil Taylor the former sixteen-time World Darts champion form part of a legends tour and still enjoy the game as much as ever.