Dart Players of the Future

Since darts was first broadcast across our TV screens there has always been a few who have dominated the sport. In the UK the News of the World Individual Darts Championships (NoW) was one of the first dart tournaments to be screen live. Until only recently the News of the World Individual Darts Champions attached the biggest fan base in the World and it was one of the hardest tournaments to win. With a straight best of three legs from the first round through to the final. The players also throw from 8ft further than today’s 7’ 9 ¼”.

Notably, the News of the World made some of the players big stars, many of which have since passed and have been forgotten. However, the age-old question, have dart players got better or have things remain relatively the same?

Indeed, a difficult one to answer because the distance we now throw at has changed. Players are now never the board if you compare the NoW to modern-day darts. Darts equipment has also changed. Many players used to throw with brass darts and generally were much thicker than a modern tungsten dart. A thin dart allows for closer grouping and potentially higher scoring.

As the interest of sports increased, particularly in darts has grown vastly of the past few decades, many punters looking for the best value on the net, check this out to find how you can find your best options.

Dartboards have also evolved. Wooden boards have given way to sisal commonly known as bristle boards, and the dart embeds deeper with fewer bounce outs. The wiring to divide the scoring areas has also changed. The round wire that was pinner to the dartboard surface has been replaced by metal blade dividers sometimes called ‘Blade’ dartboards. The blade is approximately a third the size of the old wire and doesn’t require pinning hence the scoring area appear slightly more prominent. So, to make a straight comparison is complicated, but generally I believe the standard at the top of the sport has increased.

Before the first World Champions in 1978, darts also appeared on our TV screens as part of ‘Indoor League’. The indoor league features several pub related games which included, Bar Billiards, Pool, Arm Wrestling, table football, table skittles and shave ha’penny. However, it was the darts that drew many viewers to the screens.

Broadcast by Yorkshire TV, the dart feature in series one was first played on a Yorkshire dartboard with no trebles or outer-bullseye. It was presented by a pipe-smoking, beer drinking and cardigan-wearing ex-cricketer Fred Trueman. The BBC soon realised darts was a TV hit and approached the BDO to organise a World Dart Championship. 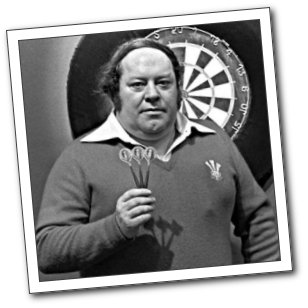 The first player to become a World Champion was Welshman Leighton Rees he beat John Lowe in the final 11 legs to 7. Since the first World Championship, the format has changed to sets.

Darts was prominent in the 1970s, and some of the players become household names. John Lowe now John Lowe MBE, Eric Bristow, Bobby George the only dart player to win the News on the World Champions without losing a leg! Paul Lim, in 1990 he hit the first nine-dart leg in the BDO World Championships and to date, 2019, no other dart player has managed this feat.

In 2001 the BDO introduced a Ladies World Championship. Although many tournaments had both a men's and ladies competitions it took over twenty years before the ladies got their World Championship. The first seven titles went to Trina Gulliver MBE.  Trina has managed to win the World title a total of ten times and is the most recognised female dart player that has stood at a dart oche.

Today the PDC has taken the sport to new heights. With over £14m in prize money for 2019, darts is a serious sport. Top players are now Millionaire with the winner of the PDC World Championship receiving £500,000 compared to Leightons first World Championship Prise of £3,000 new players can see that darts has gone from a past time game to becoming one of the biggest sports on the sporting calendar.

Sponsors, bookies can’t get enough of the sport. The game can be unpredictable, and the slightest wavier in nerve can cost a player the match. There is an old saying in darts, the game isn’t one until the last double has been hit. The game can turn dramatically during the match. The odds-on favourite can buckle and sometimes allowing their opponent to gain confidence and mount a come back to the delight of the fans. Darts is truly a sport to watch when it is played at the highest levels.

So, what of the future? 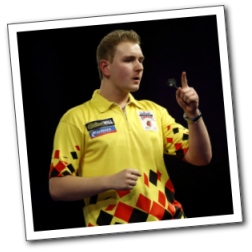 Michael van Gerwen has taken over where Phil Taylor and Raymond van Barneveld left off. He has dominated the sport winning three World titles and holding the top No. 1 position for the past few years. He has, however, been tested. Still a young man in his twenties Michael has got a lot to give, but there are many players just waiting to breakthrough.

Nathen Aspinall, a young man from Stockport England, indeed has shown he has what it takes to win along with Dimitri van den Bergh from Belgium and Martin Schindler from Germany are all players to watch as they are just a throwaway from making it big time in the sport.

The PDC annual tour card competition has seen two big hitters moving away from the BDO to the PDC. The three-time BDO World Champion Glen Durrant and former BDO No.1 Mark ‘Gladiator’ McGeeney have yet to show their true muscle in the PDC however, on their day they are more than capable of beating the best the PDC can offer.

The future of darts looks bright, and the new breed of players look as hungry as ever so expect more upsets, drama and top-quality darts on our screens over the new few years.