In recent years the BDO has come under a lot of criticism from the players for not promoting the sport well enough to gain new sponsors and with the broadcasters. In 2018, the BDO appointed a new chairman, Des Jacklin and he inherited a lot of big challenges to turn the fortunes of the BDO around.

The BDO has organised the longest running World Championship event in darts history, however, when Des came on board the future of the event was on the brink of not taking place. No sponsor, no TV and no venue for this prodigious event had been confirmed or announced. The players were also up in arms as several had signed a contract to compete in the 2019 World Championship event.

Fortunately, Des has a business background and is used to negotiating at a high level. He set to work to secure the famous Lakeside venue for the 2019 BDO World Championships and negotiated further television coverage with Eurosport / Quest for the event plus others for the next three years. However, the BDO still fail to bring in the crowds that the PDC attract, but could this change?

Over the past couple of years, a lot of player movement from both the BDO to PDC and from the PDC. Some of the biggest names in the PDC like Wes Newton and Andy Hamilton have returned to the BDO. Both players are used to the TV stage and could help bring more fans to the BDO. The players returned to the BDO without any ranking points however, they are highly regarded players and their ranking doesn’t reflect their ability on the oche. Fans that back the returned players will find best sports betting apps, one of the best new sites to place their sporting bets. Odds for the returning PDC players are likely to be more favourably than the higher ranked players. 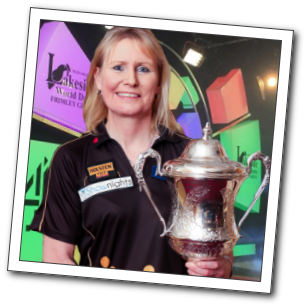 Women’s darts has seen an upsurge in participation, yet the rewards have been rather static for a number of years. The most lucrative of these is the Women’s World Championship. The top prize £12,000 hasn’t changed for a number of years and compared to the Men’s £100,000 is a little insulting.

The 2019 Women’s World Championship showed the women are throwing averages comparable to their male counterparts and provide great entertainment viewing. The BDO was heavily criticised for their lack of support to women’s darts prize fund, something that Des Jacklin has vowed to address.

Trina Gulliver MBE has competed in all of the Women’s World Championship final stages. She is the Phil Taylor of women’s darts having won the title ten-times and she feels it is time for women’s darts to be given the respect it deserves. Trina’s current doubles women’s partner is Paula Jacklin, wife of Des, so you can bet Des is under pressure to make the women’s events not only more lucrative but also give the events a high-profile than they have received in previous years.

BDO Darts events to be broadcast by Eurosport / Quest

The BDO Darts Trophy consist of both a men’s and women’s event. The current holder of the title Glen Durrant has moved to the PDC so he won’t be defending the title.

The Winmau Masters again features a men’s and women’s event in addition to a youth and disability event. Not all will be shown on TV so it is well worth a visit to see the current and new stars in action.

Details of these events and more can be found on the BDO Darts Tournament Calendar.